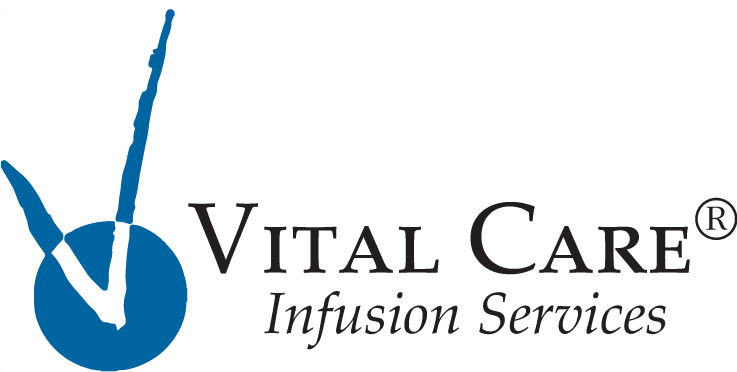 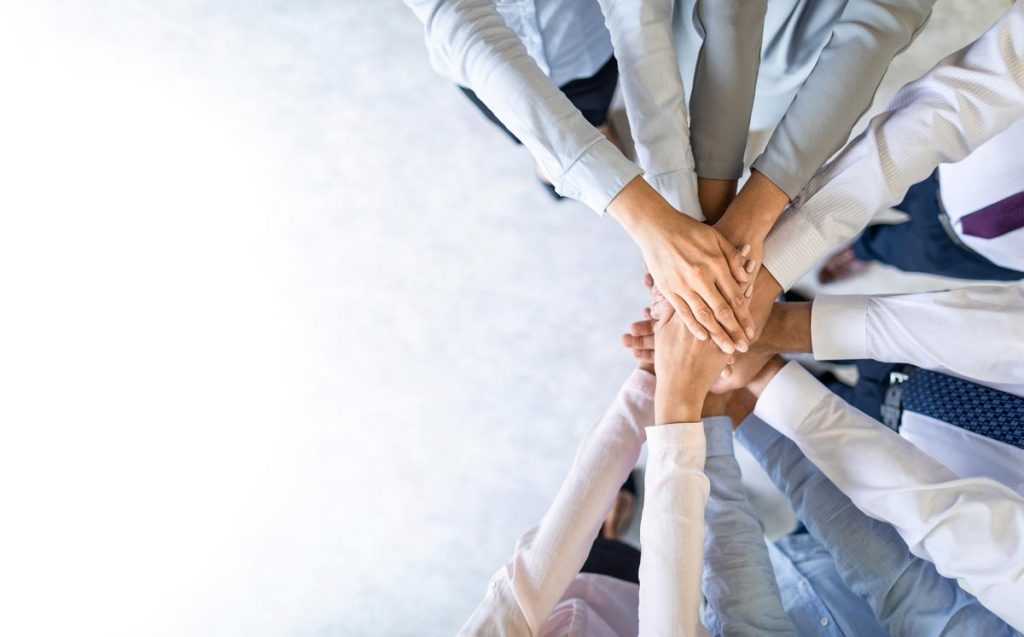 Let’s meet the team leading the way and shaping the culture at Vital Care. The Executive Management Team (EMT) at Vital Care values the core qualities of the ideal team player: smart, humble and hungry. They embody these qualities and encourage them among the staff at Vital Care. They guide the daily support services provided to the Vital Care franchise locations, and they set the vision for where Vital Care goes in the future. 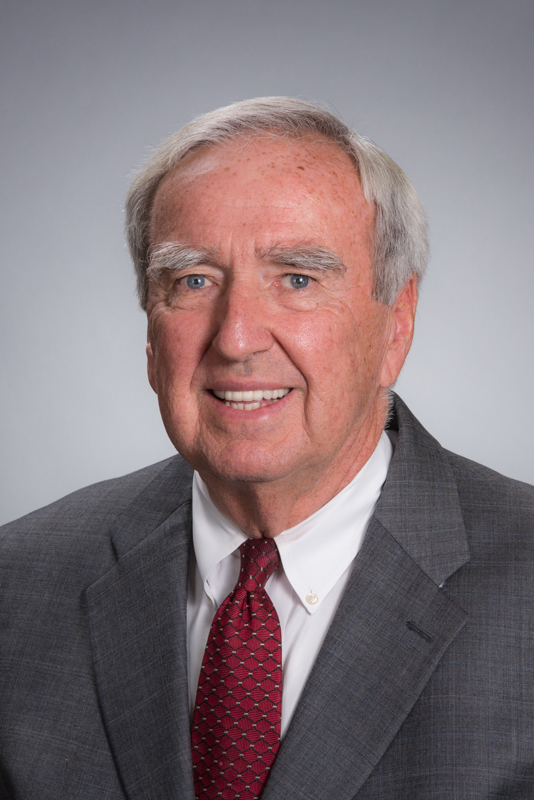 John H. “Johnny” Bell, BS, RPh, serves as President of Vital Care. Bell founded Vital Care in 1986 as Vital Care Home Parenteral Services, and grew the company from there.  Bell continues to guide the direction of Vital Care with his many years of experience in infusion therapy and business management. Establishing the Vital Care mission to be the premier national network of individually owned infusion providers, Bell is dedicated to ensuring Vital Care provides quality patient care. Bell is a 1970 graduate of Auburn University’s School of Pharmacy. He previously owned multiple retail pharmacies and a home medical equipment business before launching Vital Care Home Infusion Services.

Ed Eiland, Pharm.D., MBA, BCPS, FASHP serves as Vital Care Inc.’s Chief Executive Officer. He leads the company with the vision of excellent patient care and increasing patient access to infusion services. Dr. Eiland serves on Vital Care’s nutrition, clinical and revenue qualification teams. Ed is a Fellow of Alabama Society of Health-System Pharmacists and has served as president of the ASHP and on the ASHP Council on Therapeutics. He received an ASHP Best Practices Award for his studies in Clostridium difficile infections.

Prior to joining Vital Care, Dr. Eiland was the clinical practice and business supervisor for Huntsville Hospital for 13 years. While there, he became Board Certified in infectious diseases, and he served on the 24-hour nutrition support and pharmacokinetics team. He managed parenteral nutrition, enteral nutrition, anti-infectives, IV cardiac inotropes, factor dosing, and other therapies utilized both in the acute care and alternate site of care. Dr. Eiland received his Pharm.D. from the University of Texas and completed a PGY-2 residency at the Audie L. Murphy Memorial VA Hospital in San Antonio, TX. He obtained his MBA from Auburn University. 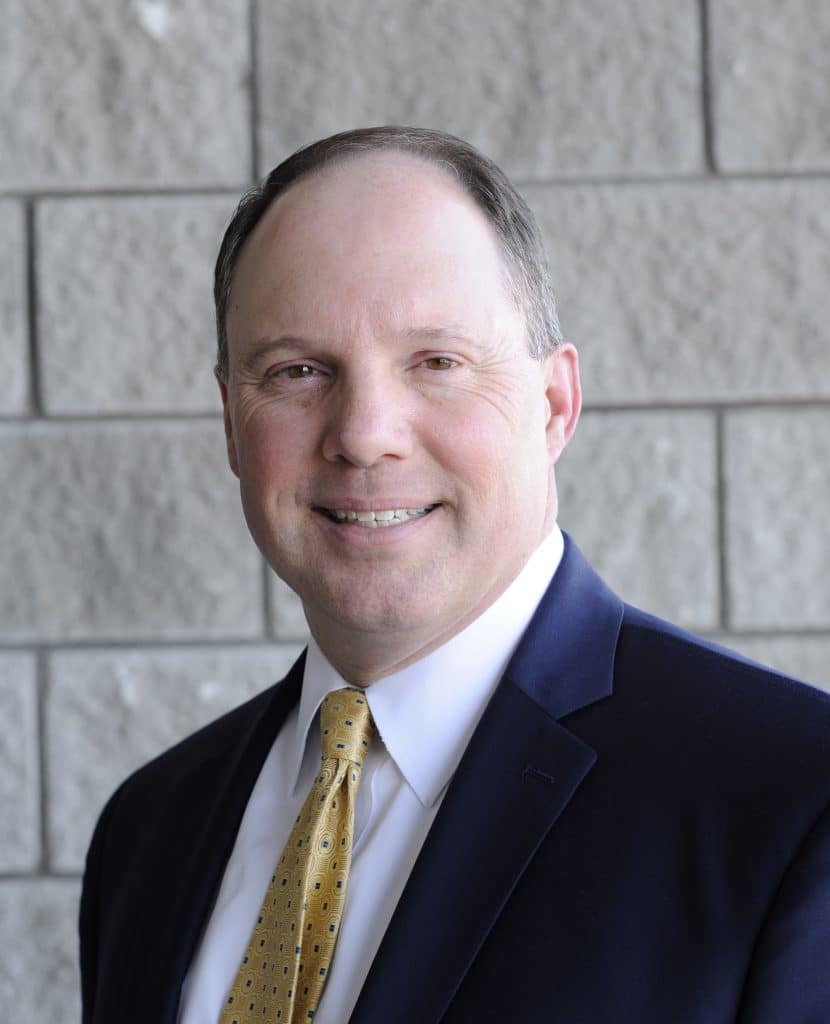 Prior to joining Vital Care, Dr. Nelson spent over 13 years as a Clinical Pharmacist, Director of Clinical Services, and Director of Pharmacy. Prior to that he spent nine years as a Clinical Pharmacy Specialist and assisted in the management of the Pharmacy Residency Program for PGY1 residents at Huntsville Hospital. Dr. Nelson was appointed by the governor to the Alabama Board of Pharmacy in 2007 and served for five years. He is Board Certified in Pharmacotherapy, and has spent much of his career helping manage hospital patients with therapies such as anti-infectives, parenteral and enteral nutrition, and various infusion therapies. Dr. Nelson received his Bachelor of Science in Biology, his Bachelor of Science in Pharmacy, and Pharm.D. from Samford University. He completed a Pharmacy Practice Residency at Saint Thomas Hospital in Nashville, TN 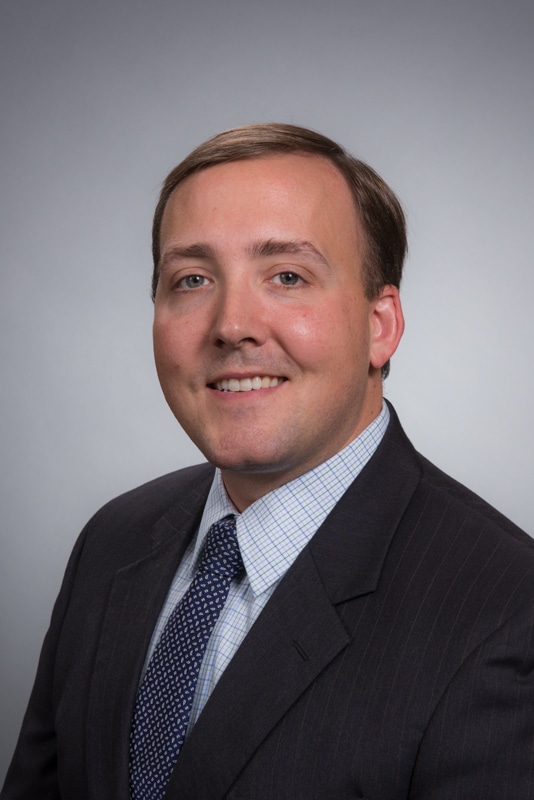 From 2008 until 2012 he was Director of Clinical Services at the Vital Care of Meridian franchise, where he worked in home infusion and specialty pharmacy operations, and business development. He transitioned to his current role at Vital Care corporate in 2012.  He also runs two successful Vital Care franchises in Alabama and in Mississippi. He serves on various industry Boards such as the Board of Directors for the National Home Infusion Association (2014-present), Mississippi Medicaid P&T Committee (2016-present), and serves as a speaker for various pharmaceutical manufacturers. Dr. Davis has authored several articles related to home infusion and specialty pharmacy in industry trade publications, and has been a guest speaker at national industry conferences.

Dr. Davis completed his undergraduate and pharmacy coursework at Samford University in Birmingham, Alabama, and received a Doctor of Pharmacy (PharmD) in May 2008. Subsequently he completed business administration coursework at Mississippi State University and graduated with a Master of Business Administration (MBA) in December 2013. 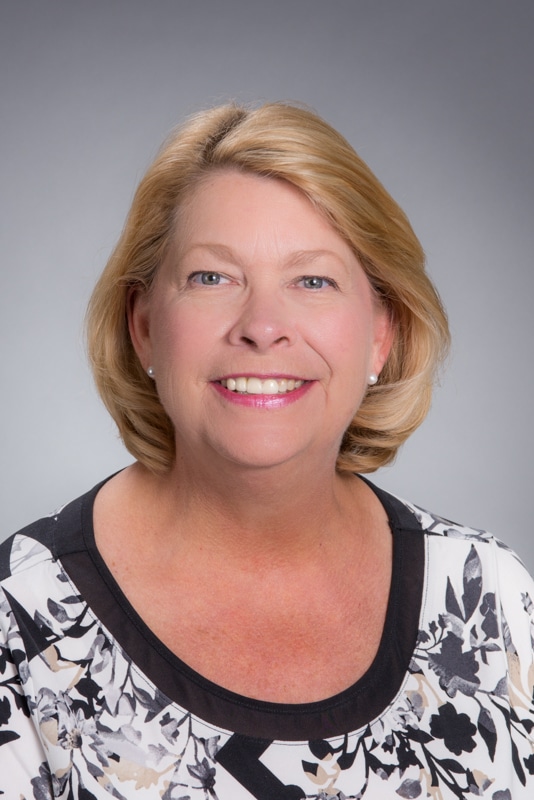 Deena Crane leads the Department of Human Resources in crafting efficient policies, procedures and processes for recruitment, staffing, on-boarding, performance reviews, and benefits. She ensures thorough  adherence to Federal, state and industry laws and regulations. With more than 20 years of experience, Ms. Crane’s career includes human resources and managerial positions in the auto industry and the aerospace industry among others.

Ms. Crane holds a Bachelor of Science degree with concentrations in Business and Psychology from Mississippi State University. She is a certified Professional of Human Resources (PHR) in addition to being certified by the Society of Human Resource Managers (SHRM-CP). 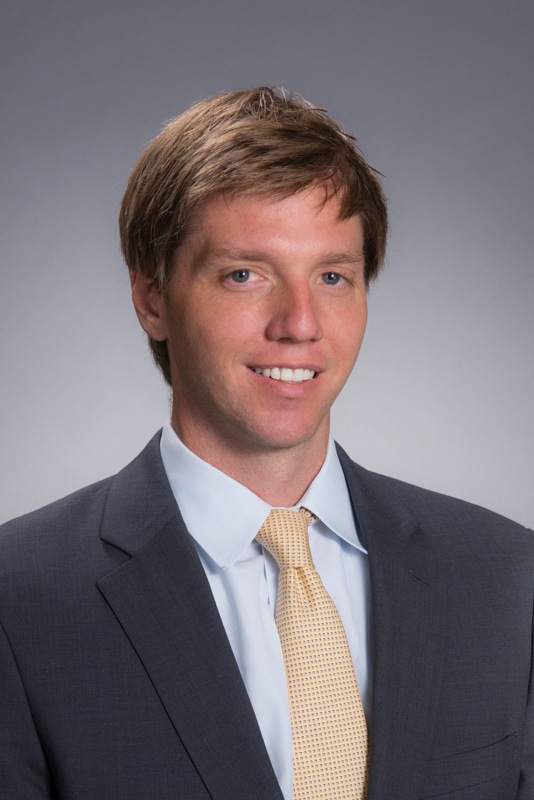 As Vital Care, Inc.’s Director of Revenue Cycle Operations, Jay Howell maintains the productivity and stability needed to ensure the financial health of the Vital Care franchise network. The department of Revenue Cycle Operations oversee the life cycle of a patient account, from creation to payment for service. They manage administrative and clinical aspects pertaining to the capture, management and collection of patient service revenue.

Prior to joining Vital Care, Mr. Howell spent six years at Rush Health Systems in Meridian, Miss., where he held multiple management-level positions, including roles in clinic and physician practices, hospital business services, information services, and accounting. Mr. Howell is a member of the Healthcare Financial Management Association (HFMA) and the American College of Healthcare Executives (ACHE). He holds a Bachelor of Business Administration in Healthcare Administration, and a Master of Business Administration, both from Mississippi State University. 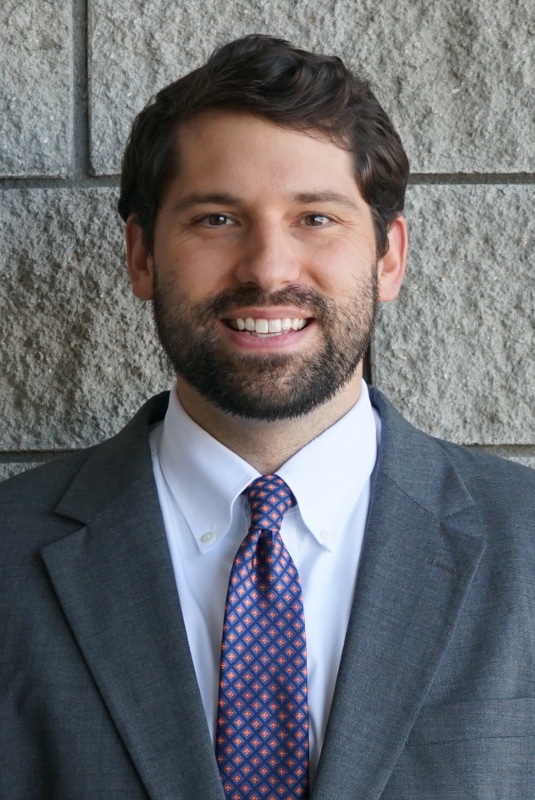 Chris serves on various industry boards including ASHP’s Section Advisory Group on Home Infusion, NHIA’s Standards/Accreditation Committee, and MHA’s Home Infusion Advisory Board. He has published numerous articles related to home infusion pharmacy in industry trade publications, and has authored several posters focused on clinical and operational findings at national healthcare meetings, including IDSA, NHIA, and ASHP. He has twice won the Alabama Quality Award for his work related to Antimicrobial Management Teams. Chris received his Bachelor of Science in 2007 and his Pharm.D. in 2011 from Auburn University, and his PGY-1 residency in Huntsville, Ala. He holds a Master of Business Administration (MBA) from Auburn University. 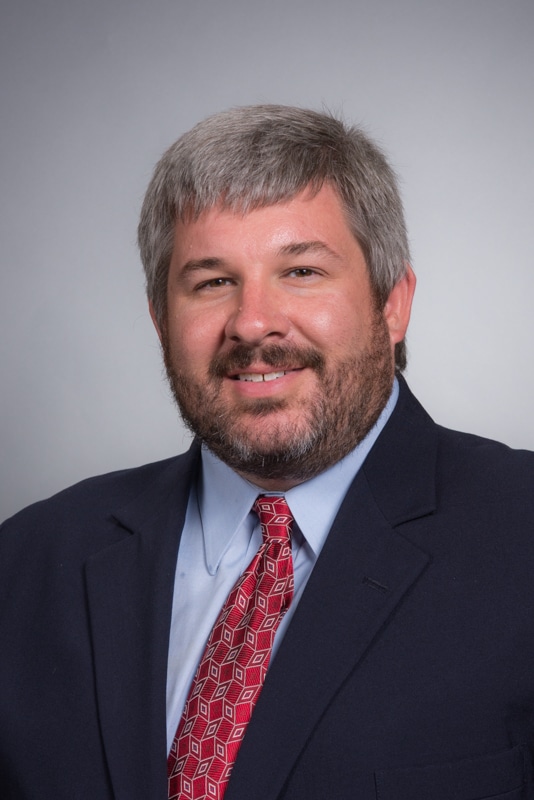 Brad Pigott leads the Department of Information Technology. He is responsible for the management, strategy, and execution of IT infrastructure for Vital Care. This includes: overseeing technical projects; directing the effective delivery of networks, development, and disaster recovery systems and processes; preparing financial budgets and presenting proposals for capital projects to senior executives; researching and recommending new products; and leading efforts to improve IT processes. 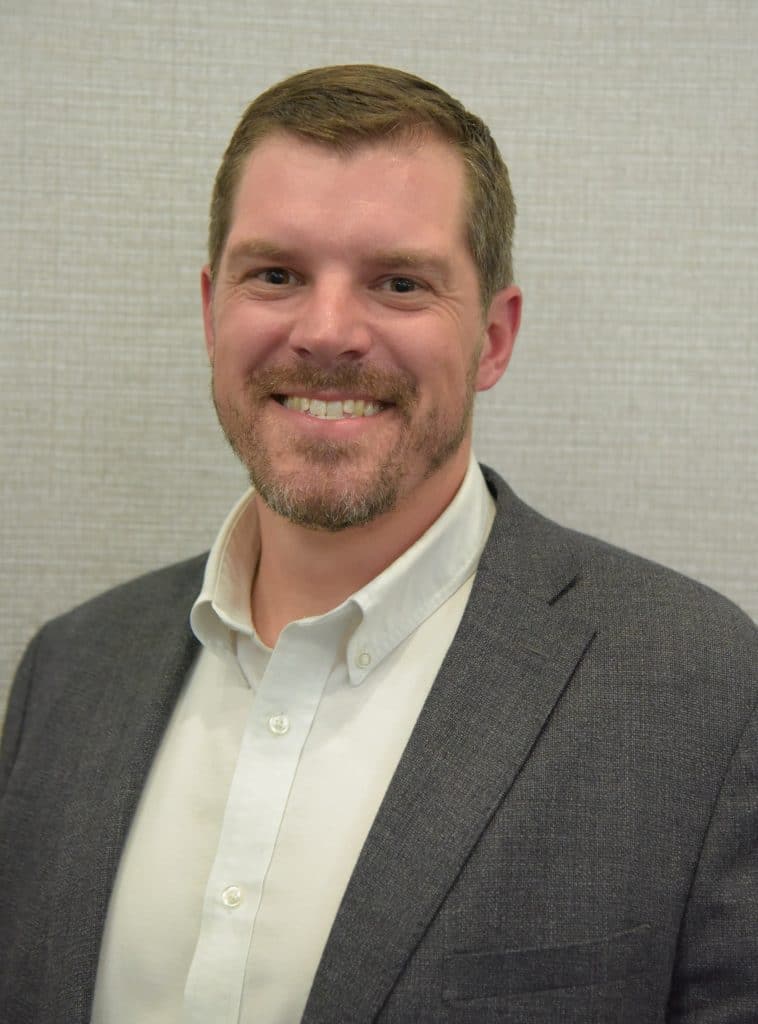 Christian VonDrehle serves as Vital Care’s Director of Sales. He coaches and educates sales teams across the Vital Care franchise network of more than 60 locations in nearly two dozen states. Christian also develops and maintains strategic partnerships with vendors and manufacturing partners. He also works with the Department of Franchise Development educating and guiding potential franchise awardees through the beginning stages of applying to become a franchise owner.

Christian’s career in home infusion services began in 2009 when he was hired by NuCara Pharmacy. At the time NuCara had a thriving compounding business in Austin, TX and they had just opened a Vital Care franchise. They hired Christian to develop their home infusion business line in Central Texas. In 2012, the NuCara group graciously supported his opportunity to join Vital Care corporate as a Franchise Sales Representative. Continued growth and success allowed him to advance to his current role as Director of Sales for Vital Care in 2014.

Each of the members of the Vital Care Executive Management Team works daily to support the Vital Care franchise locations in serving their patients and providing quality care. If you are looking for a team to support you in providing your local community with the best home infusion services, reach out to the franchise development team. They provide potential franchise owners with the resources needed to discover their local home infusion business opportunities. If you are not ready to talk with the team, keep researching on vitalstarts.com. Do I Need to Be a Pharmacist to Invest in Vital Care?

© 2020 Vital Care Infusion Services.  This site is intended for residents of the U.S. All rights reserved.

＊This is not intended as an offer to sell you a franchise. Offers are made only upon delivery of our current Franchise Disclosure Document, which contains all relevant information concerning the costs, expenses and commitment involved in purchasing a franchise. Currently, the following states regulate the offer and sale of franchises: California, Hawaii, Illinois, Indiana, Maryland, Michigan, Minnesota, New York, North Dakota, Oregon, Rhode Island, South Dakota, Virginia, Washington and Wisconsin. We will not offer you a franchise unless and until we have complied with applicable pre-sale registration and disclosure requirements in your jurisdiction.